In Spring we are born

In Summer we love

In Autumn we diminish

In Winter we go

Many artists have created works of art depicting the four seasons theme. In most cases, in the case of paintings, artists painted separate paintings for each season. While most paintings depicting this theme are allegories abstracts also exist. The most famous and notable example is The four seasons by the Italian artist Giuseppe Arcimboldo (1526-1593). Arcimboldo painted four faces, one for each season. The faces are composed of elements from nature such as fruit, leaves, and trees. These paintings show the artist intended to represent the cycle of human life.

Another artist who painted the four seasons was Nicolas Poussin (1594-1665). Departing from the traditions of classical antiquity or medieval illuminations, where the seasons were represented either by allegorical figures or by scenes from everyday country life, Poussin chose to symbolize each season by a specific episode from the Old Testament. (Wikipedia) 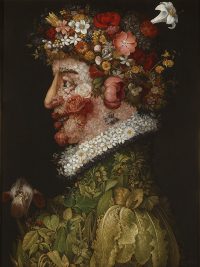 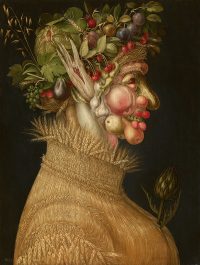 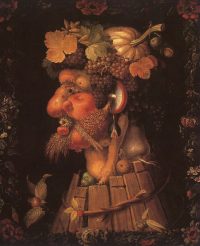 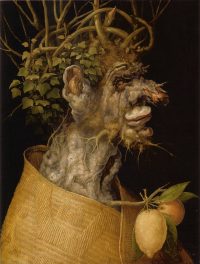