The 8 most famous paintings of all time are the masterpieces of the greatest painters that ever lived. Obviously, a lot of bias goes into the selection process of the greatest works of art. And certainly, there are a lot more wonderful masterpieces to choose from than the 8 paintings chosen for this post. This post attempts to find those paintings most people visually recognize. 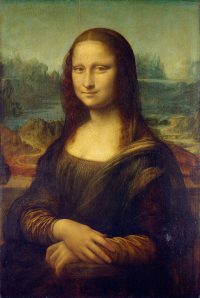 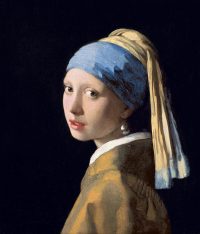 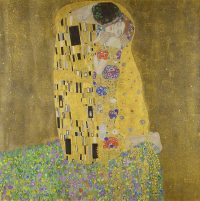 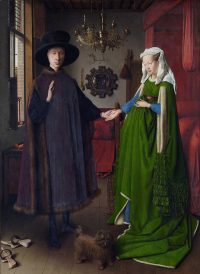 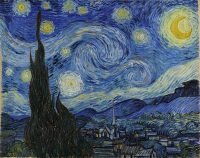 About the painters and their famous paintings

Leonardo da Vinci (1452-1519) was a leading artist, painter, sculptor, architect, inventor and military engineer. An intellectual of the Italian Renaissance. He is known for some of the most famous paintings (Mona Lisa and The Last Supper) and for his studies and his research and many contributions to science.

His painting Mona Lisa (La Gioconda in Italian) has been described as the most recognizable, the most visited and the most written about work of art in the world. It is also the most valued painting (over 1 billion dollars) and the painting cannot be bought or sold according to French heritage law. Many speculations exist about the identity of the sitter of which the Encyclopedia Britannica lists at least three. In all likelihood, the model was Lisa, the wife of a wealthy Florentine merchant.

Da Vinci’s other most famous painting The Last Supper is a mural fresco that was painted on a church’s wall in Milan. The painting’s subject is a religious subject. It represents the scene of the Last Supper where Jesus is depicted sitting at a table with his 12 disciples. The painting has been deteriorating and has been restored many times.

Johannes Vermeer (1632-1675) was a Dutch painter who painted mostly domestic interior scenes of middle-class life. He is mostly known for his masterly treatment and use of light. His reputation grew enormously after he was rediscovered in the 19th century.
Girl with Pearl Earring was not a real portrait but a Tronie. The identity of the model is unknown. Being so large there can be little doubt that the “drop” pearl worn by the young girl is either fake or a product of the artist’s imagination (from the Essential Vermeer website – http://www.essentialvermeer.com)

Gustav Klimt (1862–1918) was an Austrian symbolist painter and one of the most prominent members of the Vienna Secession movement. Klimt is noted for his paintings, murals, sketches, and other objets d’art. Klimt’s primary subject was the female body, and his works are marked by a frank eroticism. In addition to his figurative works, which include allegories and portraits, he painted landscapes. Among the artists of the Vienna Secession, Klimt was the most influenced by Japanese art and its methods.

The Kiss is an oil painting, with added silver and gold leaf. by the Austrian Symbolist painter Gustav Klimt. It depicts a couple embracing one another, their bodies entwined in elaborate robes decorated in a style influenced by the contemporary Art Nouveau style. It is considered Klimt’s most popular work and a masterpiece of the early modern period. (Wikipedia)

Jan van Eyck (1390-1441) was a Flemish painter who worked in Bruges. He was one of the most significant representatives of the Northern Renaissance. He painted mostly but not only religious subject matter. He is considered the first to perfect the technique of oil painting, although his paintings also show the use of tempera and glazing layering technique, as a substrate to his final oil paint layer.

The Arnolfini Portrait is one of the most detailed paintings in existence, typical of the Flemish school. It is believed to depict the Italian merchant Giovanni di Nicolao Arnolfini and his wife, presumably in their home in the Flemish city of Bruges. It is considered one of the most original and complex paintings in Western art, because of its beauty, complex iconography, geometric orthogonal perspective, and expansion of the picture space with the use of a mirror. For the first time in history, the artist became the perfect eye-witness in the truest sense of the term”.

Van Eyck used the technique of applying layer after layer of thin translucent glazes to create a painting with an intensity of both tone and color. The glowing colors also help to highlight the realism and to show the material wealth and opulence of Arnolfini’s world. Van Eyck took advantage of the longer drying time of oil paint, compared to tempera, to blend colors by painting wet-in-wet to achieve subtle variations in light and shade to heighten the illusion of three-dimensional forms. The medium of oil paint also permitted van Eyck to capture surface appearance and distinguish textures precisely. He also rendered the effects of both direct and diffuse light by showing the light from the window on the left reflected by various surfaces. It has been suggested that he used a magnifying glass in order to paint the minute details such as the individual highlights on each of the amber beads hanging beside the mirror. The illusionism of the painting was remarkable for its time, in part for the rendering of detail, but particularly for the use of light to evoke space in an interior, for “its utterly convincing depiction of a room, as well of the people who inhabit it”. Whatever meaning is given to the scene and its details, and there has been much debate on this, according to Craig Harbison the painting “is the only fifteenth-century Northern panel to survive in which the artist’s contemporaries are shown engaged in some sort of action in a contemporary interior. It is indeed tempting to call this the first genre painting – a painting of everyday life – of modern times”. (Wikipedia)

Vincent van Gogh (1853–1890) was a Dutch Post-Impressionist painter. who is among the most famous and influential figures in the history of Western art. In just over a decade he created about 2,100 artworks, including around 860 oil paintings, most of them in the last two years of his life. They include landscapes, still lifes, portraits and self-portraits characterized by bold colors and dramatic, impulsive and expressive brushwork that contributed to the foundations of modern art. Van Gogh was unsuccessful during his lifetime and had a very turbulent life. He committed suicide at 37 after years of mental illness and poverty.

The Starry Night is an iconic painting of his work. The painting depicts the view from the window of his asylum room at Saint-Rémy-de-Provence. It is regarded as among Van Gogh’s finest works and is one of the most recognized paintings in the history of Western culture.

Hieronymus Bosch (c.1450–1516) was a Dutch/Netherlandish draughtsman and painter from Brabant. He is widely considered one of the most notable representatives of Early Netherlandish painting school. His work is known for its fantastic illustrations of religious concepts and narratives. Within his lifetime his work was collected in the Netherlands, Austria, and Spain, and widely copied, especially his macabre and nightmarish depictions of hell.

His most acclaimed work is The Garden of Earthly Delights, a commisioned work. In this painting, the viewer is introduced to Bosch’s pessimistically fantastical style, which reflects his deep insight into humanity’s desires and deepest fears. There is little agreement as to the precise meaning of this masterpiece. It is a creation and damnation triptych, starting with Adam and Eve and ending with a highly imaginative through-the-looking-glass kind of Hell. To best explore in detail please follow the Link

Sandro Botticelli (c.1445–1510), was an Italian painter of the Early Renaissance. He belonged to the Florentine School under the patronage of Lorenzo de’ Medici, a movement that Giorgio Vasari would characterize less than a hundred years later in his Vita of Botticelli as a “golden age”. Botticelli’s posthumous reputation suffered until the late 19th century; since then, his work has been seen to represent the linear grace of Early Renaissance painting. As well as the small number of mythological subjects which are his best-known works today, he painted a wide range of religious subjects and also some portraits. He and his workshop were especially known for their Madonna and Childs, many in the round tondo shape. Botticelli’s best-known works are The Birth of Venus and Primavera, both in the Uffizi in Florence. (From Wikipedia)

His most renowned masterpiece is The Birth of Venus. This mythological subject depicts the goddess Venus arriving at the shore after her birth when she had emerged from the sea fully-grown. The painting is among the most famous paintings in the world, an icon of the Italian Renaissance.